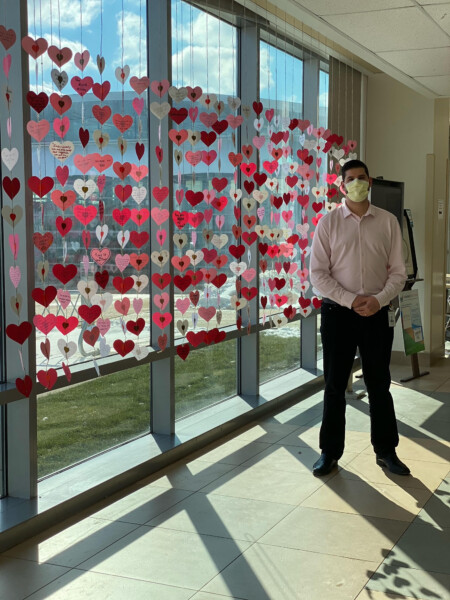 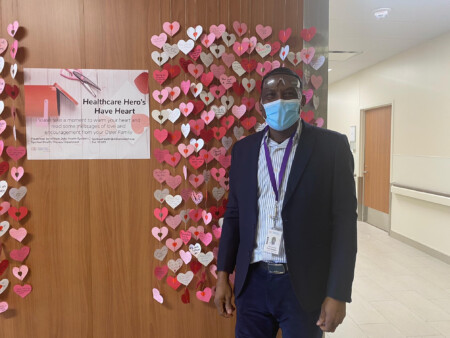 “The response from staff was overwhelming,” said Zarb. “Over 1,300 hearts of encouragement have been displayed on over 800 feet of twine.”

“I believe if this touches one single person, it is worth it —  but I know it will touch many hearts,” said Dr. Paula Chidwick, Director of Research & Corporate Ethics, William Osler Health System.

This staff care project served two main purposes: first, it prompted the writer to take a mindful moment to think of an encouraging message; and second, provided a visual refueling station for anyone who needed some positivity to get through the day. 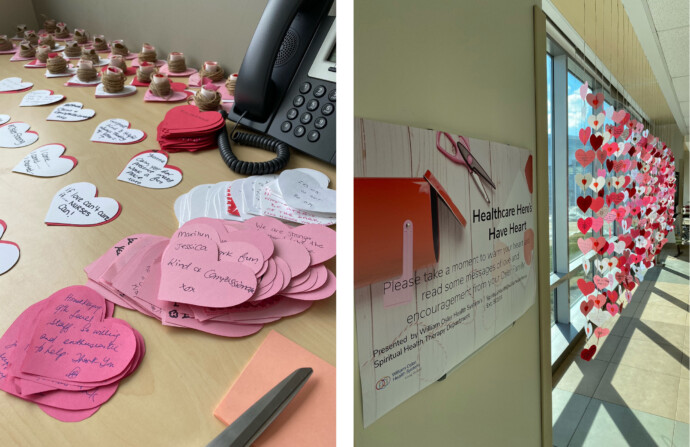