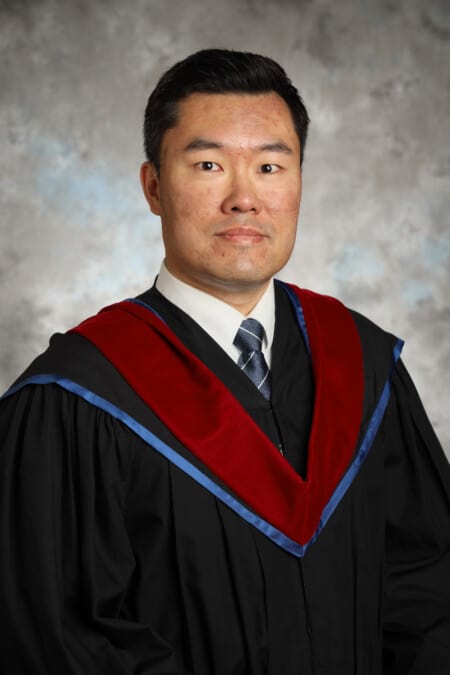 The Chris Vais Community Award is presented to a theological student in his/her graduating year who has contributed to the Knox Community in an exceptional way by having a pastoral and community-building influence on the College. Knox’s faculty, staff, and students elect each year’s recipient. 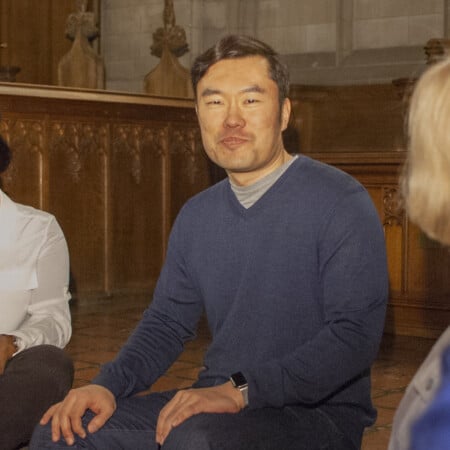 “Edward is known for his gentle presence and support for so many in the Knox community,” said Macdonald. Edward Jooman Yoo, who is completing the Master of Divinity degree at Knox, led this term’s chapel choir. He also worked with a team of students and faculty who created innovative worship services for Knox College and reimagined what worship could look like in the seminary community.

The Chris Vais Community Award was established in 2002, in memory of the Rev. Dr. Chris Vais, by classmates who graduated with him from Knox in 1987. Each year Vais’s classmates and friends honour his memory by making a financial donation to this award.

Vais served on the Mission and Theology Society Executive Committee, sang in the Knox College Choir, and participated fully in both resident and academic life. He was known to be generous in spirit, with a deep reservoir of compassion and great gifts of hospitality and welcome.

Ten years after graduating from Knox, in January 1997, he was diagnosed with amyotrophic lateral sclerosis (ALS); he died just five years later, at age 39. Before Vais’s death, Knox conferred on him an honourary Doctor of Divinity degree, in recognition of his outstanding leadership even at such a young age.